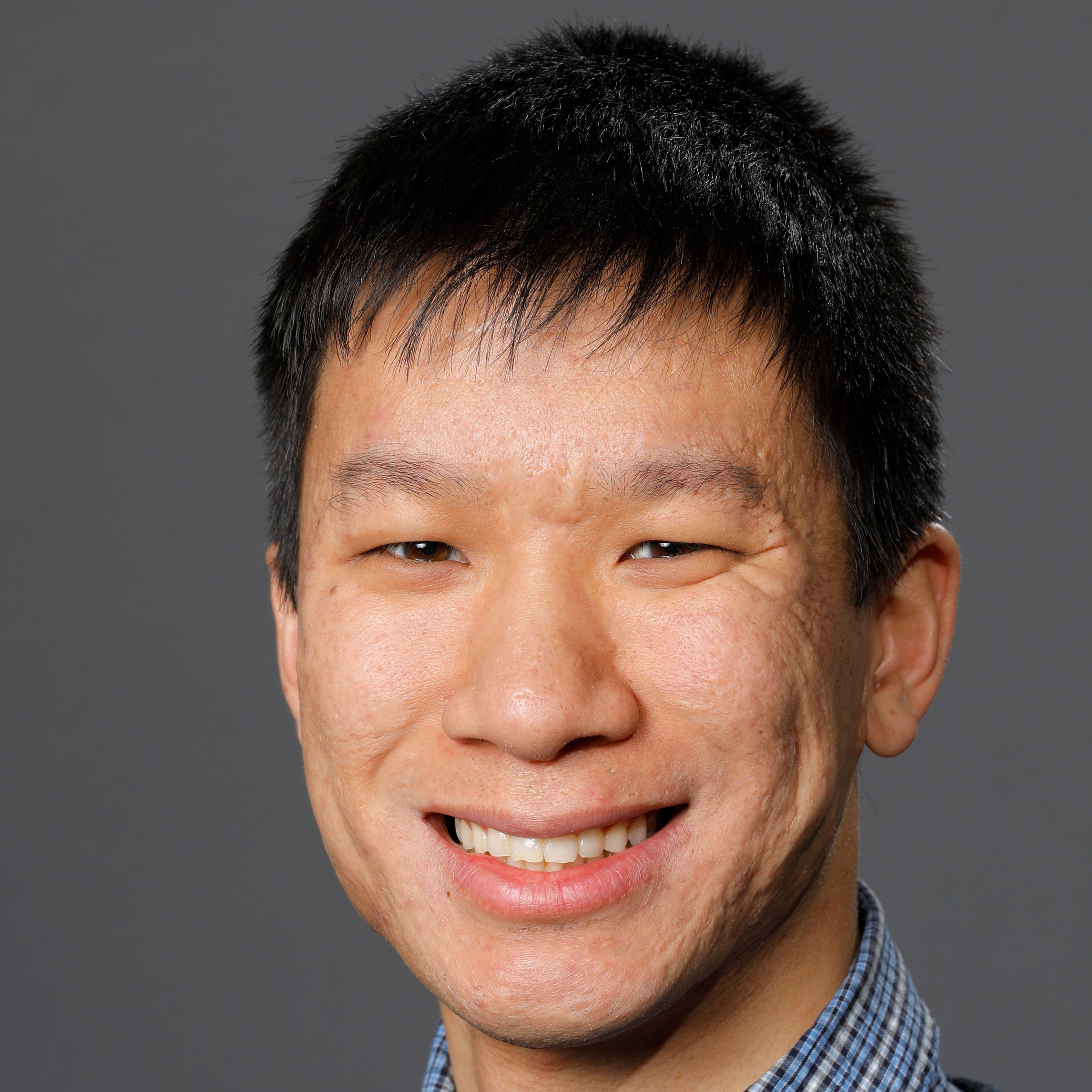 Research in the lab focuses on diversity in fishes and their huge variety in species and forms. There are about as many fish species as there are birds, amphibians, reptiles, and mammals combined, so they are an important part of vertebrate diversity. In the lab’s research, we study the evolution of fishes to understand their relationships, the evolution of traits in fishes like body size, and how fishes diversified. To do this, we use genomics and comparative methods to reconstruct evolutionary trees, which then provide a historical framework to reconstruct how genomes and traits evolved. Phylogenies represent the evolutionary relationships among species, and are useful in comparative biology for inferring the history of evolution of traits including morphology, ecology, biogeography, and genomes. However, phylogenies are still not well resolved for many diverse groups. Hence, much of the comparative work in the lab is built on a foundation of phylogenetics. Ongoing efforts in the lab focus on reconstructing the phylogenies of diverse clades such as Cypriniformes and Siluriformes. The order Cypriniformes is one of the most diverse groups of fishes, including over 4,000 species of carps, minnows, and their relatives. The catfishes (Order Siluriformes) comprise over 3,000 species of fishes: Roughly one in twenty vertebrate species is a catfish! Phylogenies for these clades will help to establish informed classifications and help reconstruct their evolution and diversification.

Comparing genomes across the phylogeny can help understand the origin and evolution of genomic and phenotypic traits across species. Much of our lab’s work in comparative genomics has thus far focused on sharks. Despite the wide public interest in sharks, there were no published genomes for any true sharks until we published the whale shark genome, a collaboration between Emory University and Georgia Aquarium that I played a lead role in. Whale sharks are the largest species of fish, and one of the most charismatic fishes in the sea. In ongoing research, we use shark genomes to help us understand the origin and evolution of vertebrates and sharks, and identify unique genomic patterns of evolution that may relate to shark traits. Further comparative genomics research also focuses on the evolution of polyploidy in suckers (family Catostomidae) and other Cypriniformes in collaboration with Dr. Trevor Krabbenhoft.

Evolution and Diversification of Fish Traits 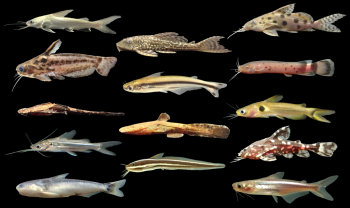 With phylogenies, we can also understand the origin and evolution of traits in fishes, including body size, shape, ecology, biogeography, and more. We can also understand why diversification varies across clades, and the relationship that diversification patterns may have to traits. Fishes are morphologically diverse, including extreme variation ranging from miniature fishes in the order Cypriniformes to giants such as the whale shark. Some projects in the lab include studying miniaturization in the Cypriniformes, gigantism and longevity in sharks and other vertebrates, and body shape evolution in catfishes. In collaborative works we have also studied the role of ecology and morphology in the diversification of other groups such as cichlids and moths.

Populations of species, their genetic diversity, and how they connect or separate all also relate to ultimately explaining diversity of species across the landscape. In ongoing work, we are using population genomics to understand the diversity of fishes and other species, especially the identification of population structure and even potential cryptic species. 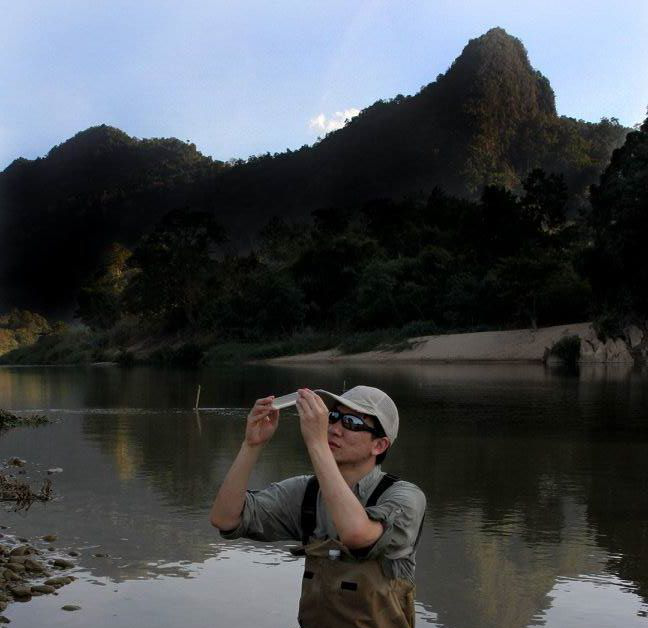 Part of what makes research so exciting is to be able to get out into the field to catch fishes! I have been lucky to have numerous field experiences, including in the United States, Suriname, Thailand, and Peru. Catching fish isn’t just stamp collecting, specimens serve as a primary source of data to understand what species are out there, where they’re found, and what their genes and genomes are like. Specimens that I have collected have been preserved and stored in natural history collections at the Illinois Natural History Survey, Auburn University, and the Florida Museum of Natural History. Continued support of fieldwork and maintenance of natural history collections are needed to continue to grow data necessary to address great challenges. In the photo, I am inspecting a vial of larval fishes I had just collected in the Salween River of Thailand, under the shadow of the mountains that form the border on the Myanmar side. (Photo by Zach Randall).

Many species remain unknown to science. For scientists to understand how biodiversity arose and the evolution of biodiversity, we must understand what is out there. Furthermore, the classification of these species provides the foundation for the understanding of the diversity of species. I have helped describe numerous new species of catfishes from South America. Pictured is a new species that we described, Peckoltia greedoi, photo by Jonathan Armbruster. I have also contributed to the classification of species that are part of the Order Cypriniformes.